Penmore House offers modern facilities in a stone house full of character,
set in its own beautiful surroundings.

The Isle of Mull - Simply, a great location for Astrophotography 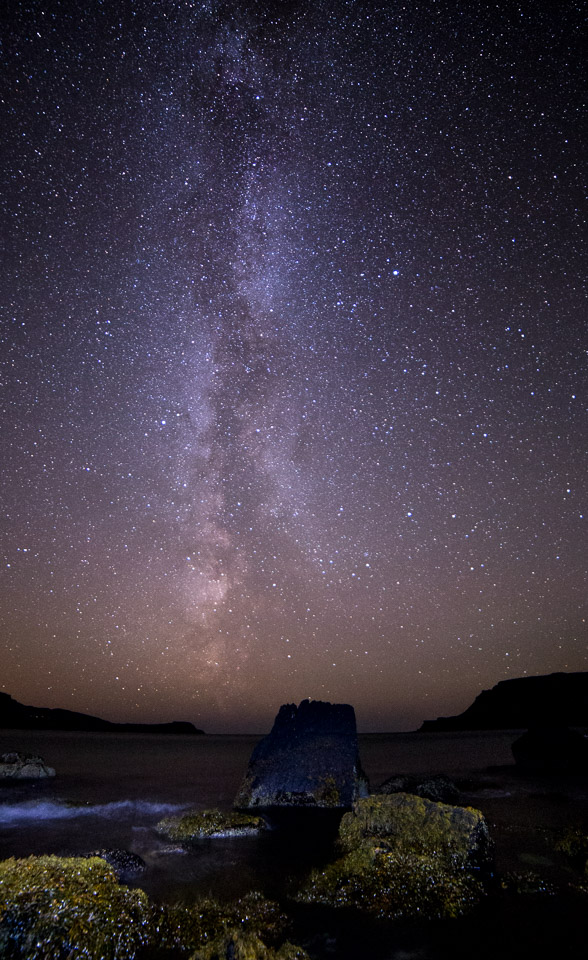 Astrophotography on Mull, make it your destination to enjoy some spectacular night skys.
To observe the night sky, it needs to be dark, really dark, the Isle of Mull offers great locations away from houses, villages, and towns, furthermore, most importantly there is no light pollution.

Head out on a clear night when there is a new moon or very little moon and enjoy some spectacular skys.

There are very few places in Europe that can boast such perfect conditions. 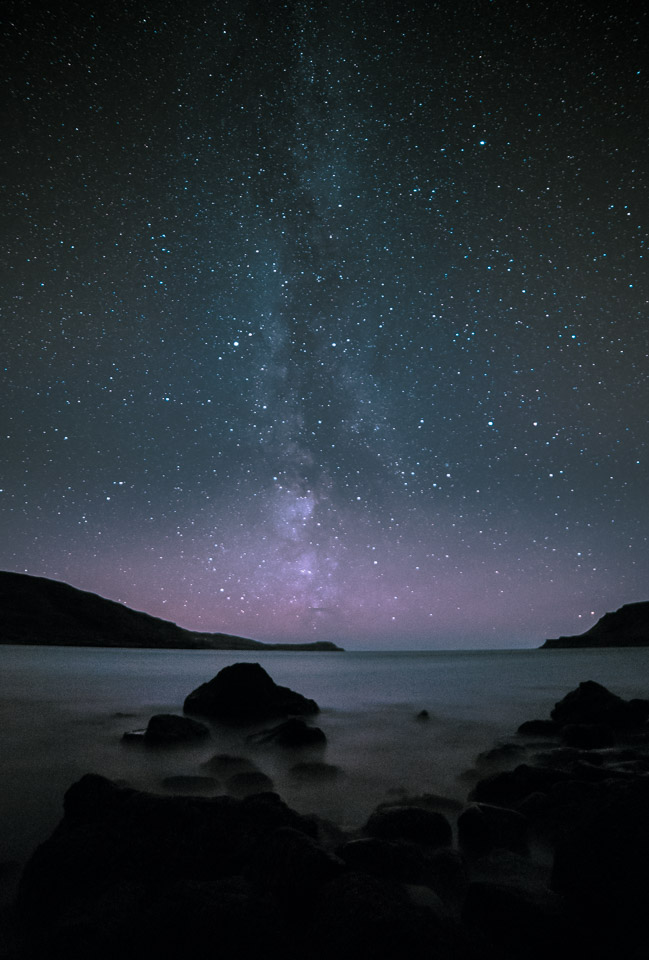 Head North to Scotland where the winter days are short and the nights long.

For the photo session at Calgary beach we used:

Canon EOS 6D –
Canons cheapest full frame camera and one of the best for astrophotography.

Samyang 14mm f2.8 –
An affordable lens, also very bright at f2.8. Its wide, very wide, with no fisheye effect. The Samyang 14mm is a manual focus lens, but thats OK.

Timer shutter release remote control cord – the cheap ones from ebay work just as well as the expensive ones.

A sturdy tripod –
For long exposures your going to need a Tripod. I favour my Vanguard Alta Pro 263AT – Its sturdy due to its weight especially more so with the Vanguard GH-300T pistol grip ball head.

A head torch –
Using a head torch frees up your hands, and its useful when you want to light paint in foreground details.

Wellies and loads of layers of warm clothing. 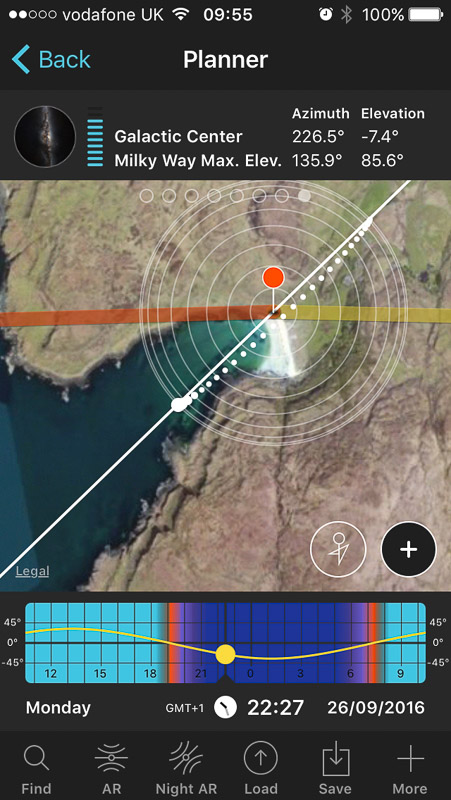 Pop the images in Lightroom 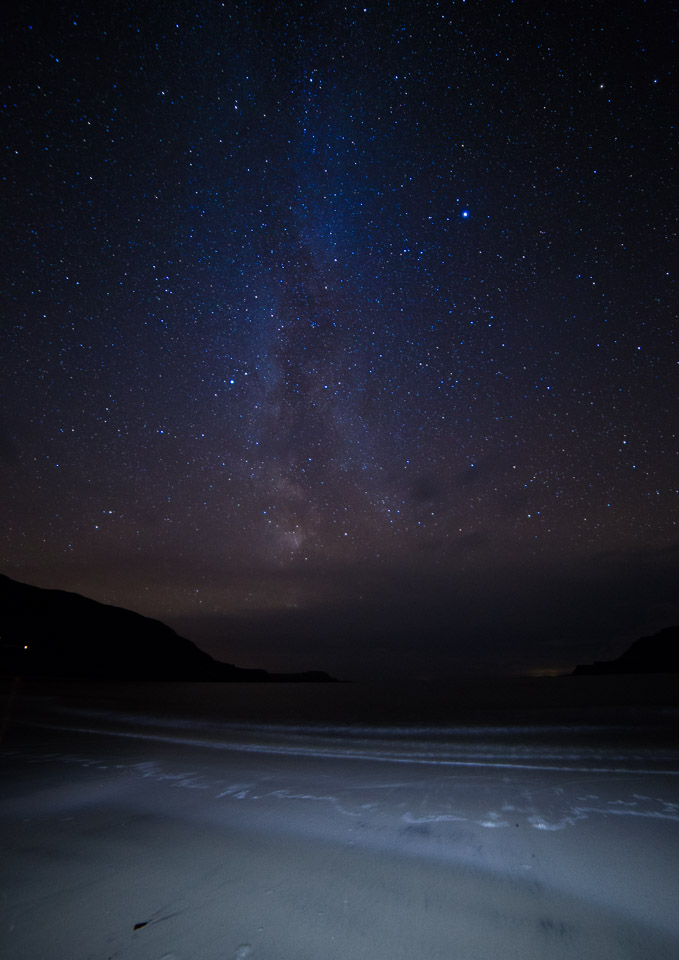 We can plan ahead for taking photos of the Milky way, all we need is a clear sky and no moon however taking photos of the Northern Lights can be a bit more tricky, The Aurora is unpredictable so its just a case of keeping an eye on the AuroaWatch web site and apps. and when an alert pops up, grab your gear and head out, hopefully to a night with clear skys

Photographing the Northern lights is fun due to the fact you never really know whats you have captured. Often the Aurora is just nothing more than a faint glow in the sky, the long exposure on the camera captures all the details.

If your considering a trip to enjoy Astrophotography on Mull

Probably the most important thing about photographing the milky way is finding a dark sky, free from light pollution. furthermore a little planning goes a long way, use the apps e.g. Photopills to plan your shot, choose a time with a new moon, and add some interest such as headland or tree silloette.