Penmore House offers modern facilities in a stone house full of character,
set in its own beautiful surroundings.

Isle of Mull in the Movies

Film makers love Mull, it offers such a wonderful quality of light with many great scenic locations. There are also many places offering accommodation for crew and stars, its ideal. Our article Movies made on Mull explores some of the best know titles. 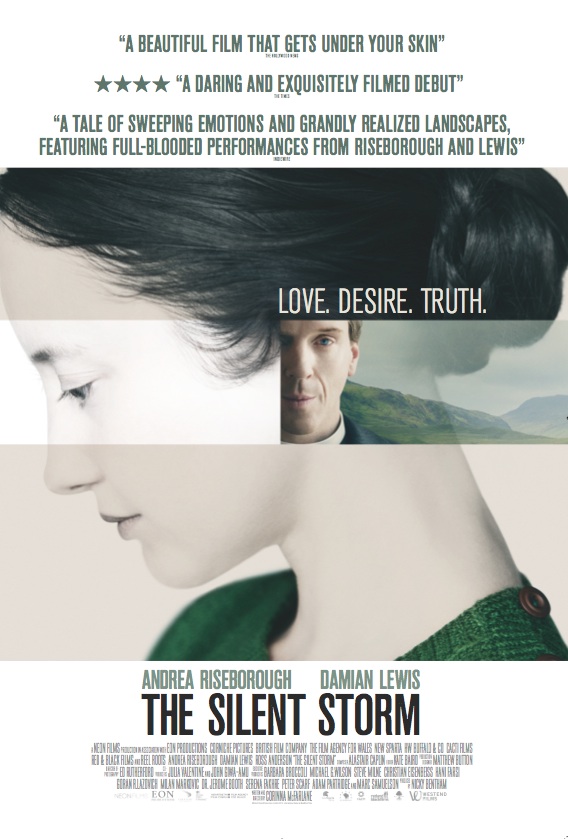 Filmed at Carsaig on the isle of Mull. Carsaig is truly dramatic location, with great quality of light, a single track road leads down the side of a mountain to a pier and a few houses tucked away on the shore. An amazing place on a summers day but quite wild and dramatic and crazy in a storm, Carsaig provides a perfect stage for us to enjoy the spectacle of the events as we watch the characters in this film unravel. A story about a tempestuous marriage between an authoritarian minister and his gentle wife, their troubles intensify with the arrival of an unexpected visitor. On a wild and remote Scottish island, the respected local minister, Balor, fights to keep his disappearing community together. His beautiful, enigmatic wife Aislin is more in tune with nature than she is with her husband or the villagers. It’s clear she doesn’t belong here and is treated as a total outsider. A storm is raging inside their marriage. They inhabit a strange, troubled relationship, which is reaching breaking point. A violent fight erupts between them. Suddenly amidst the chaos and confusion there is a knock at the door: a rugged 17-year-old delinquent has been sent to live with them – his last chance at rehabilitation. Aislin is drawn to this kindred spirit, another outcast. Together they drink in all the sensual beauty the island has to offer and their relationship delicately blossoms. His youthful nature ignites a passion within her, which offers her a way out of a life bound by convention and into the world beyond. [embedyt] http://www.youtube.com/watch?v=V3MfLl8-XV4[/embedyt] 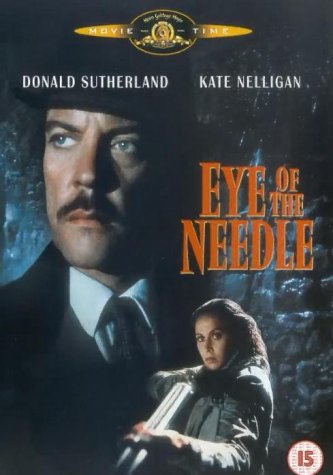 The Storm Island scenes were shot over eight weeks on the isle of Mull. Filming took place at Lochbuie and Treshnish point on Mull. A cottage and lighthouse were constructed at Treshnish for the production. The set building utilized the skills of a seventy-two year old master thatcher, a local of the island. The film tell the story of  a ruthless German spy, trying to get out of Britain with vital information about D-Day, however he becomes trapped and must spend time with a young woman and her crippled husband. [embedyt] http://www.youtube.com/watch?v=rh6mPUYRsdo[/embedyt] 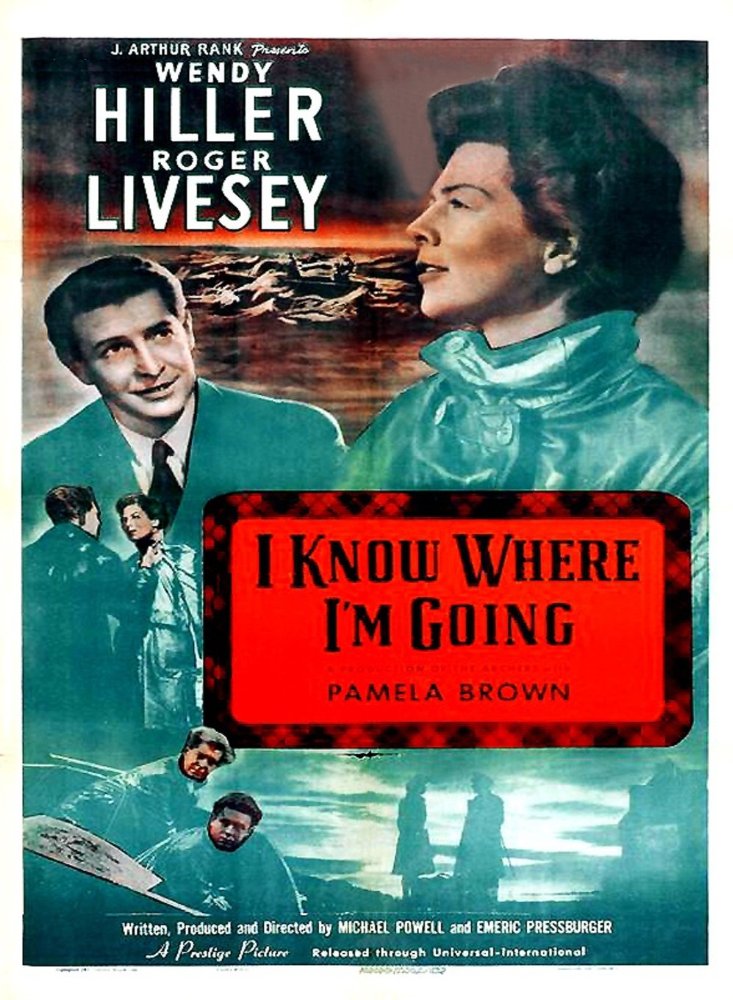 Another of our movies made on Mull which featured Carsaig. Locations for filming include Carsaig bay, Moy castle at Lochbuie, Duart castle and Torosay castle, and at the Western Isles hotel in Tobermory. Joan Webster is an ambitious and stubborn middle-class English woman determined to move forward since her childhood and so decides to marry for money.  She travels from Manchester to the island of Mull to marry  but her plans go wrong when she finds herself stranded on an island and falls for a seemingly penniless young naval officer.  What she doesn’t know though, is that he is actually a Scottish lord and owner of the island she thinks her intended husband owns. [embedyt] http://www.youtube.com/watch?v=zJFRJbVwTJ0[/embedyt] A romantic masterpiece with so many memorable scenes, Pamela Brown entrance with her big dogs is wonderful, as are the ceilidh scenes. Petula Clark child star makes an appearance, before her career making hit records. 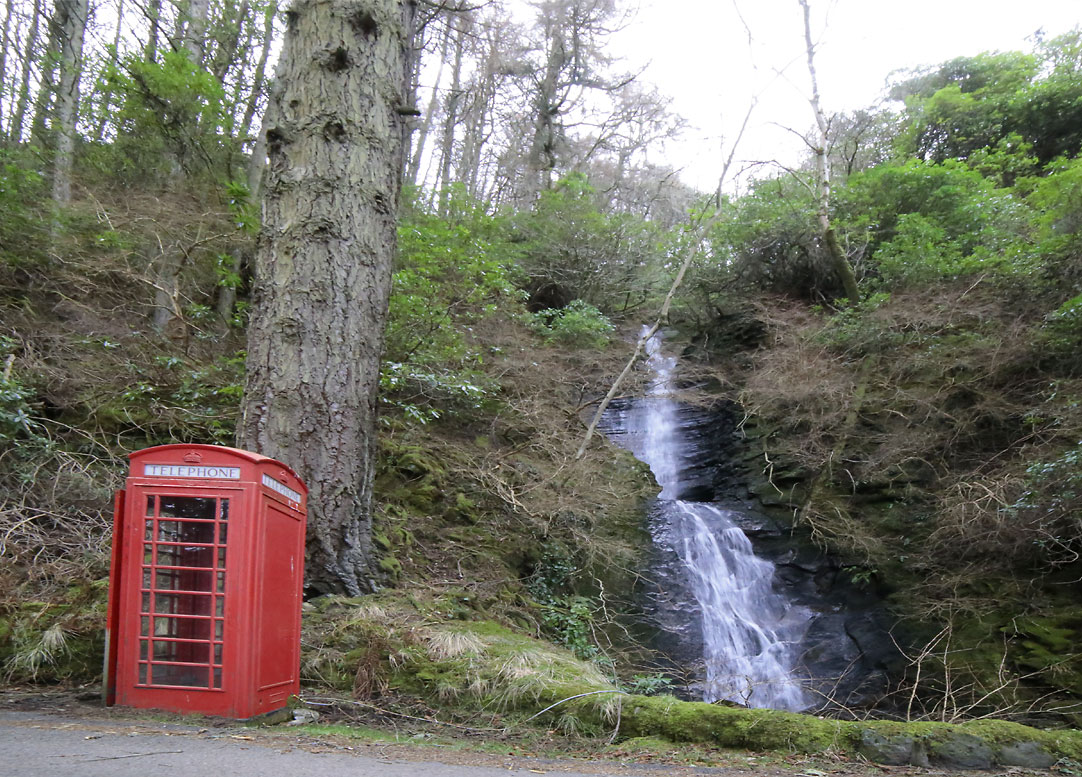 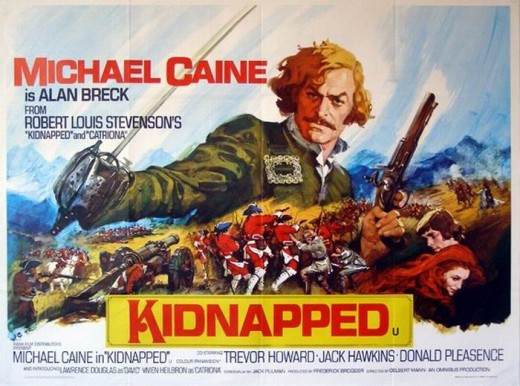 The end of the movie features Calgary bay, many scenes were filmed around Oban and you may recognise them from the ferry as you leave Oban for Mull Its the 18th Century during the Jacobite rebellion a young David Balfour arrives at a bleak Scottish house, the House of Shaws, to claim his inheritance after his father has passed away. Ebeneezer Balfour, the custodian is having none of it, He first tries to murder him, then has him kidnapped, David is shipped off to be sold as a slave. Fortunately for the lad, he strikes up a friendship with Alan Breck, escaping from Prince Charles Edward Stuart’s defeat at Culloden. Breck is in a cobble which is run down in the fog by Hoseason’s ship and once aboard, asks Hoseason to take him to France. When Hoseason refuses, Breck offers him 60 guineas to put him down on Loch Linnhe. On discovering that Breck has a money belt full of Jacobite gold, Hoseason and his crew try to kill Breck, but he is forewarned by David and the two kill half a dozen of the crew before the others retreat. Hoseason offers terms to end the fighting, but the ship runs aground. Only Breck and Balfour survive and they manage to get to land. They set out for Edinburgh, dodging the ruthless Redcoats. Numerous adventures follow as they meet up with Breck’s family, friends and foes alike. [embedyt] http://www.youtube.com/watch?v=eWuKk63EFnw[/embedyt] 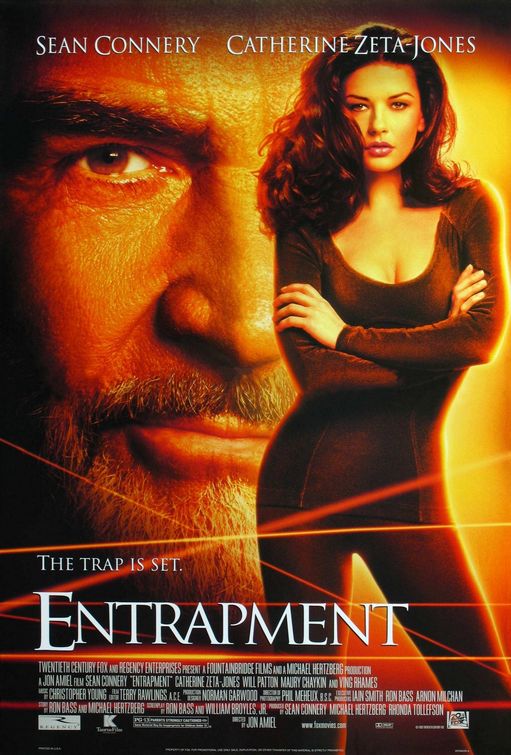 The biggest of our movies made on Mull, with some beautiful atmospheric scenes filmed at Duart castle on Mull. An insurance agent is sent by her employer to track down and help capture an art thief. Twists and turns take them all over the world but the best bits are on Mull. [embedyt] http://www.youtube.com/watch?v=ikcO58IoumQ[/embedyt] 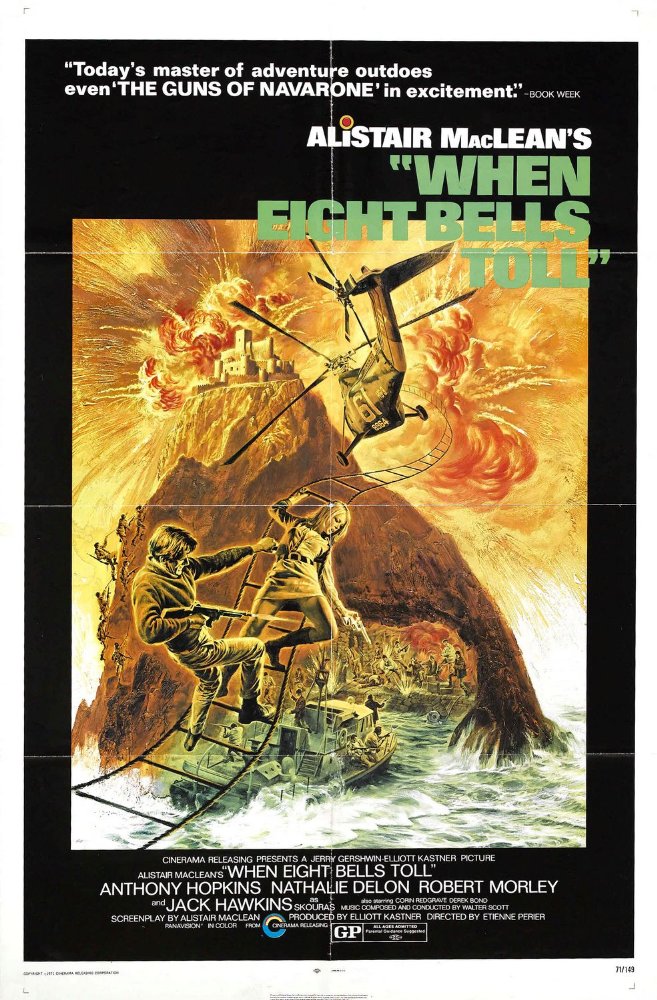 filmed at Grass point, Tobermory, Duart castle, Staffa and Dervaig Anthony Hopkins is a secret service agent sent to investigate piracy in the Hebrides with Robert Morley as his unlikely boss. When Eight Bells Toll has scenes filmed on the islands of Mull and Staffa [embedyt] http://www.youtube.com/watch?v=VcsVLkLAmUs[/embedyt]

Filmed locations on Mull include Loch na Keal and Torosay Castle “Where am I” “The island” “What island” “There is only one island” Bette Davis and Robert Wagner Gordon Jackson star in this James Bond spoof. Madame Sin is a vicious villainess who commands a Thought Factory in the Scottish Highlands. Intent on achieving world domination, she kidnaps ex-CIA agent Anthony Lawrence and forces him to help her hijack a secret nuclear weapon, the Polaris submarine. [embedyt] http://www.youtube.com/watch?v=bOr_jjEtNpg[/embedyt]

This BBC children drama featured Fiona Kennedy in the lead role. It tells the story of Perdita, an orphan who lives on a remote island in the Hebrides. Perdita has been branded “the witch’s daughter” by islanders. They believe her mother died cursing the sea on which they depend for their livelihood. She lives alone in a tumbledown house by the loch, never goes to school, and has no friends. One summer Janey, who is blind, and her brother Tim visit the island with their naturalist father. The children befriend the lonely girl, and together they search for rare orchids, explore the island caves, investigate a crime, and find treasure. filming took place on Mull and featured Penmore House, the kitchen in the TV series is now a bedroom in the house and can be booked up as its a Self Catering Holiday Home.   Lets not forget to mention the TV stuff, Spring watch, Treasure hunt, Time Team and Balamory. Whats next, what will the next movies made on Mull be about? Have we missed any ?